You are at:Home»Napoli»Coldplay will play in Naples on World Music Day 2023

Coldplay will play in Naples, at the Diego Armando Maradona stadium. Here is information on additional dates and tickets.

The Coldplay concert in Naples is one of the most important events of 2023 for many people. Here is the information to know about where the concert will be, where to buy tickets, and how much it costs. 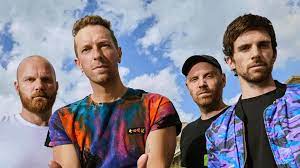 Coldplay will come to Naples! The English band is preparing to play at the Diego Armando Maradona stadium, also known as the San Paolo stadium, on the occasion of the next 2023 music festival.

According to the mayor of Naples Manfredi, the concert of one of the most followed groups in the world is great news for the city. In fact, it confirms that Naples ranks internationally with regard to such events. The Coldplay concert in Naples is in line with the other events related to the theme “Naples city of music”.

The Coldplay concert in Naples will be on World Music Day: June 21, 2023. Since the band has been very successful and the tickets are sold out in a few hours, it will be possible to go to the Coldplay concert at the Maradona in Naples also on June 22, 2023. Having sold out in Milan and Naples, the group gave fans the chance to grab a seat for another day.

Read more about what to do in the city, and more tips about Napoli.